THE ANSWER  to the  question in the headline is — you got a $12,000 raise for 2023 if you are an Illinois lawmaker. Illinois lawmakers voted themselves a 17% raise, to $85,000, which is nearly triple the median salary of wage earners in the Decatur area.

• WIREPOINTS is an independent, nonprofit company delivering original research and commentary about Illinois’ economy and government, and I especially appreciate its recent commentary on the pay hike for Illinois lawmakers: “Over the past several years lawmakers have done nothing to fix pensions, property taxes, or out-migration, while actively making Illinois’ schools, crime, and business climate worse. Not to mention Illinois currently has the nation’s second-highest unemployment rate and jobs are less plentiful today than when Gov. Pritzker took office. Based on all that, Illinois lawmakers deserve a pay cut or worse.

“Instead, they’ve just passed for themselves a massive pay increase. In yet another lame duck, partisan-line vote, Democratic lawmakers in both chambers voted to boost legislative salaries by nearly $12,000. That pushes up pay for lawmakers – still a part-time job – to $85,000. 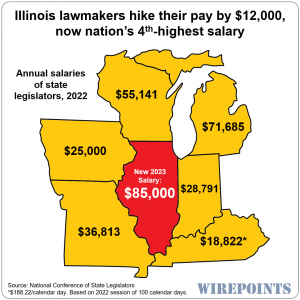 “Illinois lawmakers were already the nation’s fifth-highest paid legislators in 2022. The increase will raise them to the 4th-highest nationally and make Illinois extreme among its neighbors. “Illinois lawmakers, meanwhile, aren’t struggling with inflation. Their latest extra pay increase comes on top of the automatic annual cost-of-living raises lawmakers began giving themselves again in 2019.

“And base salaries are only a part of lawmaker compensation. There’s $11,000 to $30,000 stipends for lawmakers in committee and leadership positions, additional per diem payments, subsidized health insurance, and, of course, guaranteed lifetime pensions.

“It’s a perfect illustration of the two-class system at work in Illinois. Lawmakers vote themselves guaranteed raises on top of their guaranteed pensions, while forcing private sector workers, who don’t make nearly as much nor have any such guarantees, to pay for them.” 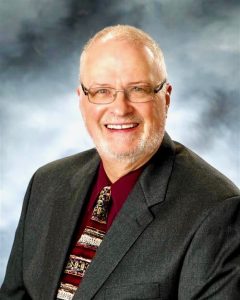 • SPANNAUS CHOSEN — As I’m sure you know by now, the Decatur school board voted last week (right after we went to press) to approve naming Fred Spannaus to fill the board seat vacated by Regan Lewis. Spannaus served on the school board from 2013 to 2017 and will finish Lewis’ term which expires in April. Lewis, who was in her first term on the board and was not running for re-election, resigned because her family is moving outside the county to be closer to her husband’s job making her ineligible to serve on the Decatur board. That’s understandable but I can’t remember a time when as many members of the school board and city council have resigned early in a short time span. I’ve known Fred Spannaus for many years and he is a good choice to fill that school board seat.

• ROOT REACTS — Macon County Sheriff Jim Root issued the following statement regarding HB 5471: “Recently representatives for the State passed HB 5471, also known as the “Protect Illinois Communities Act”. They did so, knowing that it infringes upon your inalienable right to keep and bear arms for the defense of life, liberty and property, in clear violation of the Second Amend-ment of the United States Bill of Rights and Article I Section 22 of the Illinois Constitution. My duty and responsibility to the citizens of Macon County who elected me is to protect and uphold the Constitution of the United States and State of Illinois. 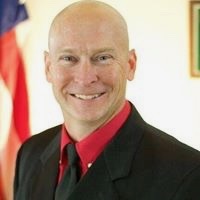 “I, along with many others, believe HB 5471 is a clear violation of my oath and both Constitutions I’m sworn to protect. I am supported by the Macon County Board who, previously passed 2018 Resolution G-4926-11-18 opposing similar legislation.

“Therefore, as the custodian of the jail and chief law enforcement official of Macon County, neither I, nor my office will be checking to ensure that lawful gun owners register their weapons with the State of Illinois. We will also refuse to house or book in jail any law abiding individuals that have been arrested by other agencies solely for non-compliance with this Act.”

Apparently, from all the news releases and reports I’m receiving, a high number of sheriffs in our state share the Macon County Sheriff’s feelings on this issue.

• THE BIRD — Last week’s item about a bird flying inside my car at the drive-through lane of the South Shores Dairy Queen attracted a lot of feedback. I guess people are interested in bird swooping of cars more than “politics”. (Good choice.)

One of the emails I received was from Sangamon County Board Member and Springfield City Council candidate (to get his old seat back) Sam Cahnman who asked: “Is that bird picture in your column a photo of the actual bird that flew into your car?” Actually, no. I didn’t have time to ask the bird to stay and let me shoot photos and get an autograph — or a “birdgraph”. 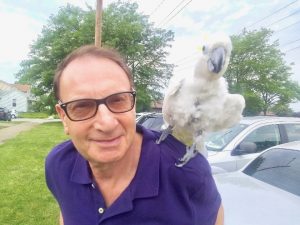 Sam wrote: “I once had a bird fly into my apartment and another time into my office, and it was not easy to coax them to fly back out. Sounds like you were very lucky.” Sam sent me the photo of a bird on his shoulder, not a wild one (wild bird not Sam’s shoulder). Sam, I want that bird in a police line-up. It looks a lot like the bird that flew inside my car! (Actually, the bird that flew in my car was a sparrow, but, if George Santos told it, it was a cockatoo — maybe a bald eagle!)

Where else can you lie about everything on your resume´, like Santos did, to get hired and keep your job once the truth is known? Congressman Santos lied about every aspect of his life and then claims he didn’t do anything “unethical” — which of course, was also a lie. He should be “unseated” and someone appointed to the position.

• CHECK out this week’s edition of the Decatur Tribune for more City Beat, Viewpoint and lots of information about Decatur and Central Illinois.

• I JOIN Brian Byers on WSOY’s Byers & Co. every Thursday morning at 7:00. We’ve discussed the issues impacting Decatur and our area about every Thursday for the past 20 years.