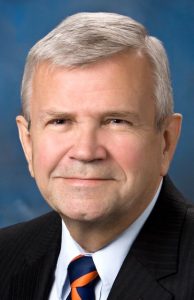 Last week, my “Scrapbook” article in the Decatur Tribune  was on the history of Woodrow Wilson Junior High School in Decatur— a building that has received a lot of attention the past few months as a possible option to replace the dead and buried plan to build a new school in part of Lincoln Park. As I’m writing this column, it appears that Woodrow Wilson will not be a viable option for the school district and the building’s future looks bleak — as in “demolition” bleak.

Although times have changed since I was in school I was always impressed by the beauty of the buildings where I received my education. There’s just something about those multi-story buildings with imposing architecture. Woodrow Wilson and Roosevelt Junior High schools were, and are, beautiful fortresses of learning.

This week’s “Scrapbook” is about those schools in our community that were built many years ago. Some are still standing. Many have disappeared through changing times and the efforts of demolition crews I suppose my love for those majestic old buildings came because I attended a one-room country school for my first four grades in school. When I caught sight of my first multi-story school which had a lot of rooms, I was very impressed! My “new school” even had restrooms inside the building! I attended junior high at Roosevelt and our youngest son attended middle school there many years later. Another son attended Woodrow Wilson and our oldest son attended Mound Middle School. Mound Middle School, which was more of a “modern looking” school, was demolished to make way for the shopping complex that includes the Target store and several other businesses.

Roosevelt’s last year was in 2000. I shot the photo on the front page of this week’s Tribune on the last day ever of school in that building and a few minutes later went inside the deserted building to walk the halls and see my home room one last time. Roosevelt is still standing but it has been transformed into an apartment complex. As mentioned in last week’s “Scrapbook” article I was in Woodrow Wilson one last time when I was there as mayor at the official rebirth of the building when it was completely renovated by an out-of-state businessman who had plans to rent out the space for offices or some other use. The building looked great, but his plan never materalized and during the years since, its condition headed downhill with vandalism and general neglect.

I can’t help but think about all of the buildings in Europe that last for centuries. It seems that in America, a school building that is only decades old has oftentimes outlived its usefulness. Although it hasn’t been a school for nearly a quarter-of-a-century, Roosevelt is one of the few older school buildings to escape demolition. The Woodrow Wilson building is 90 years old, but it hasn’t been used as a school for four decades — and it is likely to disappear from view if the school district sticks with its apparent view that it would cost too much to use it again. Sadly, with the exception of Roosevelt (which is no longer a school), there is no school building left standing where I received my grade and high school education. 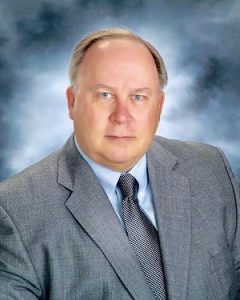 • WHILE I’M on the subject of our school district, I want to thank retiring Decatur School Board President Dan Oakes for his service to the community. Considering all of the transformations this school district has gone through since the 1990s, being elected to the board seven times by the voters in the Decatur School District is remarkable. Oakes informed the board last week that next Tuesday’s (August 23) regularly scheduled meeting, will be his last as he is relocating to Florida, a move that’s been in the works for more than a year now. “I’ve enjoyed my time on the board immensely, both the good and the bad, but it’s time for me to move on, time for a change,” he told the board. Oakes was first elected to the DPS Board of Education in 1991 and has served continuous terms since 1998. During his time on the Board, Oakes played an instrumental role in many collective bargaining agreement negotiations, the renovation of both high schools, several superintendent searches, and most recently the BOLD Plan to revamp school facilities throughout District #61.”

The board will lose a lot of experience with the retirement from the board by Oakes and, considering the constant turnover of board members in recent years, that experience will be missed. Oakes has served on a body that often comes in for a lot of criticism on many issues that come before it. Considering that Oakes served so long in a non-paid public position, saying “thank you” doesn’t seem nearly enough to recognize all of the hours he has devoted to District #61.

• LAST WEEK’S “City Beat” column about the threats that some public officials receive, which included some personal examples from when the years I served as mayor, drew an email from Greg Spain, the police officer I mentioned in the article who was looking out for me. Greg wrote: “Your piece in today’s tribune reminds me of the time several years ago when you were still located on North Park, and you befriended the “fountain swimmer” whom you wrote about, and he became infatuated with you. I did my research on the guy and learned that he had a rather troubled, violent past. “I stopped by your office and kindly suggested that you ‘cease and desist’ your rather amusing columns about the guy’s actions as his behavior was becoming more and more concerning. “I wonder whatever happened to him?”

As I wrote back to Greg, I think “Bather Bill” got his life turned around thanks to The Salvation Army and a local attorney who tried to help him. Several years ago he approached me when I was at The Salvation Army for an event and asked if I remembered him? He looked so different and I didn’t recognize him. The mean and hateful look in his eyes was gone and he was in charge of one of the services of The Salvation Army. I haven’t seen him since then. I don’t even know his name. Hopefully he has continued his life on the new pathway that was filled with love and service instead of hate and disruption. I wrote about that encounter with “Bather Bill” in a “Viewpoint” column several years ago when it happened.

• FIRST ONE — The recent “Scrapbook” article about the first motor car in Decatur resulted in Kenneth Baughman of Monticello, sending me the following email and photo: “Your readers might like to know that on August 5, 1888, 39-year-old Bertha Benz drove from Mannheim to Pforzheim with her sons Richard and Eugen, thirteen and fifteen years old respectively, in a Model III. Benz, without telling her husband and without permission of the authorities, thus becoming the first person to drive an automobile a significant distance. “You can see the Carl Benz garage and museum in Ladenburg, Germany. The Mercedes-Benz auto plant, the largest auto assembly plant in the world, has a replica of the first Benz auto in their reception area in Sindelfingen. Germany, south of Stuttgart. In Germany buyers come to the auto plant to pickup their new cars, hence the reception area.”

TOUCHED —Dave Colvin sent the following email after reading one of my recent Viewpointt columns: “I wanted to let you know how touched I was after reading your reflections on the passing of your former intern, Claudia Bima. I think we all have those people in our past that touched our lives in some way and to later hear of their passing does cause us to remember – no matter how long ago it may have been. “Back in 2010, you generously printed an article on me about my performing my song, ‘My Decatur – My Hometown’ at the Decatur Celebra-tion! While I actually got “rained out” in 2007, they allowed me to come back every year ending in 2011! “Well, after my parents’ passing in 2005-2006 and the passing of my wife Debbie’s father in 2008, I wrote a song called “You Are Living On”. While the inspiration was personal, I tried to make the message that all folks could relate to.

“In your 2010 article, I was still looking for a professional ‘cut’. I have since been fortunate enough to have had the song recorded twice by professional singers. In 2016, Norwegian Country artist, Nina Flaaseth placed it on her ‘Living On’ CD and in 2018, ‘Britain’s Got Talent’s’ 2011 runner-up, Ronan Parke, added it as the final track to his CD, ‘Found My Way’. Link: https://youtu.be/Yupeia-n46I

“Again, after reading your article on Ms. Bima’s passing, I just wanted to share my song with you! Thank you for all you do in keeping the Decatur Tribune going all these years!”

• ONE MILLION — I talked with Macon County Administrator Tammy Wilcox last week and she indicated there was going to be a vote on rural fire departments across Macon County splitting over $1 million in federal COVID relief funding. The Macon County Board met last Thursday and approved a resolution granting $100,000 each in American Rescue Plan Act funds to the county’s 11 rural fire departments. The resolution also grants between $2,500 to $20,000 for seven rural fire departments in neighboring counties serving areas of Macon County. Wilcox was excited about the impact that it was going to make in Macon County, and beyond, and it was apparent that she had worked hard to bring it together. Wilcox hasn’t been on the new job very long but is already making a positive impact with the help of the county board. Way to go!!!!