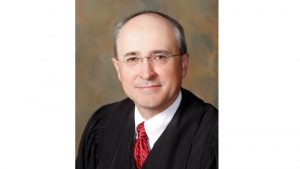 Justice Lisa Holder White and the Supreme Court of Illinois have announced that Seventeenth Circuit Court Judge Eugene G. Doherty has been assigned as an Appellate Court Justice in the Fourth District.

Judge Doherty is being assigned to fill the vacancy created by the elevation of Justice Holder White to the Supreme Court. His assignment is effective July 14, 2022, and will expire on Dec. 2, 2024. His installation will take place on Thursday, July 14, at 1 p.m. via Zoom. It will be available via livestream on the Court’s YouTube channel by clicking here.

“Judge Doherty is an accomplished jurist who has proven himself to be a leader among his peers,” Justice Holder White said. “The citizens of the Fourth District will be well served with him on the Appellate Court.”

His work on Illinois Supreme Court Committees includes serving as the current Chair of the e-Business Policy Board, as Vice-Chair of Court Operations During COVID-19 Task Force and Chairman of the Task Force’s Evictions Subcommittee, and as a member of the Weighted Caseload Task Force and the Statutory Court Fees Task Force. During his time as Chief Judge he served as Chairman for the Technology Committee and the Supreme Court Article V Committee of the Conference of Chief Judges.

“I am humbled and gratified that Justice Holder White and the Illinois Supreme Court have entrusted me with this assignment,” Judge Doherty said. “I will do my very best to meet my new responsibilities with diligence, fairness, and adherence to the law.”

Prior to joining the bench, Judge Doherty worked for 16 years as an attorney for Holmstrom & Kennedy, P.C. in Rockford. He had previously served as a Law Clerk for Second District Appellate Court Justice Philip G. Reinhard.

(FOR MORE INFORMATION, CONTACT: Chris Bonjean, Communications Director to the Illinois Supreme Court at 312.793.2323 or cbonjean@illinoiscourts.gov.)