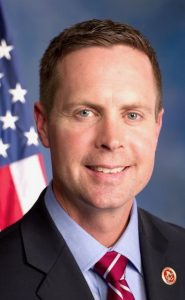 Washington, D.C. — U.S. Representative Rodney Davis (R-IL) earned an A+ for 2021 on the Susan B. Anthony List National Pro-Life Scorecard. This new score takes into account votes and actions for every member of Congress for the first session of the 117th Congress. “I am proudly pro-life,” said Rep. Davis. “That’s why I’m honored to receive this ‘A+’ rating from the Susan B. Anthony List. The Democrats are seeking to eliminate the Hyde Amendment and expand taxpayer-funded abortions, overturn pro-life laws at the state level, legalize late-term abortions nationwide, and roll back conscience protections for those who object to abortions. I will continue to oppose the Democrats’ radical pro-abortion agenda and advocate for the unborn and those who have conscience objections to abortion.”

From the Susan B. Anthony List website: “Congressman Davis has stood up against the pro-abortion agenda of the Biden-Harris administration and Pelosi Democrats who are actively working to expand abortion access and abortion funding. Rep. Davis has voted consistently to defend the lives of the unborn and infants. This includes stopping hard-earned tax dollars from paying for abortion, whether domestically or internationally, and protecting health care provider rights for those who refuse to engage in brutal abortions.” Rep. Davis signed an amicus brief urging the U.S. Supreme Court (SCOTUS) to uphold Mississippi’s pro-life law in the Dobbs v. Jackson Women’s Health Organization case. He has also urged SCOTUS to overturn the Roe decision and allow states to enact pro-life laws and limit abortion.