Last Wednesday, the Macon County Health Department (MCHD) announced that it would be holding a Drive-Through COVID-19 Moderna Vaccination Clinic on Friday, January 22, 2021, from 9:00 a.m. to 3:00 p.m. on the Farm Progress Show Progress City property. Exactly at 9:00 a.m. on Friday, January 22, I received the following update on the event: “Due to the number of vaccines administered and the number of eligible recipients currently in line, the Progress City vaccine clinic is now closed.”

Wow! When the exact time for the clinic to open rolled around it had to be closed because so many people wanting to get vaccinated were already in line and the available vaccine for the clinic was already exhausted, or would be, by the time the people in line finished going through. When the MCHD announced Monday that vaccinations could be scheduled for this Wednesday and Friday, the schedule was filled always immediately. There is no shortage of people who want to get vaccinated. There’s a shortage of vaccines available and the manufacture and distribution have been much slower than most people imagined.

Help may be on the way, according to statements by Governor JB Pritzker who said “While federal vaccine shipments to states remain limited, the state is aggressively building out provider capacity to ensure efficient distribution as soon as more vaccine becomes available. Illinois remains committed to distributing the vaccine in an equitable, accessible way and as a part of Phase 1B, all residents over the age of 65 and frontline essential workers can receive the vaccine. Illinois will begin vaccinating eligible residents by appointment only.

“Illinois is building capacity so that as the vaccine supply increases, we will be ready,” said Pritzker. “As the nation awaits greater supplies and we ramp up vaccination sites, every Illinoisan can do their part to fight this pandemic with the tools we know to work – masking and distancing – and over the last 8 weeks we’ve all used those tools and made real progress. Enormous sacrifices are being made to achieve this progress, but those sacrifices are making a real difference.” While it is good that vaccination sites are going to be increased, the amount of vaccine available in the near future may be limited — as it is now.

• MEANWHILE, the Macon County Health Department will continue to follow the Advisory Committee on Immunization Practices (ACIP) guidelines and Illinois Department of Public Health guidance when deciding who will receive the COVID-19 vaccine. At this time, those who are not eligible to receive the vaccination in Phases 1a and 1b will be turned away. Those who have received monoclonal antibody or convalescent plasma treatments or have had COVID-19 within the past 90 days should wait until after their 90-day window to receive the vaccine. Persons who are pregnant and/or breastfeeding are required to bring an order or note from their doctor to receive the vaccine.

“The MCHD will continue to promptly update the public when additional vaccines arrive and more clinics are scheduled.” For questions regarding the vaccines, visit Facts about COVID-19 Vaccines (cdc.gov) and COVID-19_Vaccine_FAQs20201221_0.pdf (illinois.gov).

The race by the Biden Administration to have 100 million Americans vaccinated in the first 100 days is off like a herd of turtles! So far, those who really need to be vaccinated are finding it very difficult to chart the choppy waters and get in a position to be vaccinated. I hope and pray that changes. A vaccine is no good if it is not available for use.

• BY THE WAY, I think the Macon County Health Department has done an amazing job in helping to play defense against COVID-19 over the months. The shortage of vaccine in our community is not the fault of the MCHD. It is evident that the personnel at the MCHD have been working hard, and continue to work tirelessly to keep our community healthy — as much as possible under the circumstances of the pandemic. There needs to be more appreciation in the importance of their role as our community fights off the impact of COVID-19. 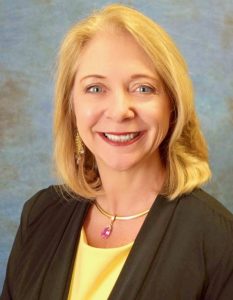 I talked with the mayor as she was considering the pros and cons in having her name included for consideration to replace Manar. Although she indicated that she had some goals for the community that she wanted to work on and finish as mayor during her time in office, she was also concerned about making sure Decatur receives strong representation in the state senate which we’ve had with Andy Manar, even though Manar was from Bunker Hill.

Julie is a long-time friend and was very supportive of me during the years I served as mayor. Being mayor of Decatur, or about any community during the past year, has not been easy because of dealing with COVID-19 and the health and economic impact on the community. I believe she has done a solid job in working for the best interests of the community even though balancing the health of our citizens with the well-being of the business community is bound to draw negative comments from some on how the pandemic should be handled — even though there is no magical formula to use.

Although certainly well-qualified to represent us in the state senate by her involvement in the community in so many ways before becoming mayor, she faces some other candidates in the district for the appointment who also have solid backgrounds. As I told her, I would hate to see her no longer be mayor, but she would also do a great job representing our community and the district in Springfield. I certainly wish her well whichever way it goes because she will continue to work for the benefit of the community we both love — either as mayor or state senator.

• ANY negatives in being considered for the state senate when you still have time left to serve as mayor of Decatur? Probably, the only problem it can create if you don’t get the appointment is that a few people will believe you no longer wanted to serve them as mayor, and decided to “move on’, but those are the same few people that are always trying to knock you out of office because of the job they think you are not doing as mayor.

However, there are always a few people in every community who will complain and demean a public official regardless of what they do. That goes with the territory.

• A DECATUR MAYOR moving on to a state senate seat is not anything new. When I became editor and publisher of this newspaper over a half century ago the Decatur Mayor was Jim Rupp. Rupp later became a state senator and served for several years before being defeated by Penny Severns. That race put me in a difficult position as an editor because I was friends with both Rupp and Severns. Severns also served on the Decatur City Council before she became senator.

After I left the mayor’s office, the next mayor elected by the people was Mike McElroy, who was a strong ally on council during the years I served. While still in the mayor’s office, McElroy ran against Andy Manar for the senate seat that Manar obviously won and where he has served since that time — until his recent resignation to join the staff of the governor. McElroy would not get another opportunity for state office. He passed away while serving as Mayor of Decatur (I’ll never forget that shocking morning) — and the present mayor, Julie Moore Wolfe, who was mayor pro tem, was first appointed and then won election on her own as Decatur’s mayor.

• NOT LONG after I left the mayor’s office, Sen. Frank Watson, who represented the 51st District that Decatur was part of, resigned his position for health reasons. Was I interested in being appointed to the position? Decatur Memorial Hospital’s President and CEO Ken Smithmier called me and wanted to place my name to be considered to succeed Watson.

I really never aspired to go beyond the mayor’s position in official public service and certainly, if I was chosen I would not be able to continue being editor and publisher of the Tribune because of the time involved. It was difficult enough being both mayor and running the Trib at the same time. (I didn’t get much sleep during those years.) I was flattered to be asked by Smithmier, who certainly was an influential member of the community at the time, but I didn’t have to struggle with the decision. The decision was made easier because I didn’t live in the part of Decatur that was in Watson’s district! Ken didn’t know that when he asked me but I appreciated his confidence in me and thanked him for wanting to submit my name. I was honored to twice be elected mayor of the city I love but I honestly never wanted to hold any other public office.

Yoder served 10 years and 2 months in the position. The Macon County Board will select a Republican to fill out the two years that remain in his term before the election of 2023 is held.

• CITY COUNCIL candidate Jacob Jenkins sent me his platform and bio recently. I appreciate the information. Although I don’t have the space to print his entire platform at this stage in the election pro-cess, Jenkins’ platform has 5 planks: 1. Civic Accountability, 2. Reimagine Community Policing 3. Ending Chronic Homelessness 4. Neighborhood Revitalization and 5. Jobs Creation & Expanding Opportunities.

Jenkins was born and raised in East St. Louis IL, is one of eleven children, and was the first in his family to graduate from college. He holds both Bachelors and Masters degrees from Southern Illinois University. He is a 7-year public servant for the state of Illinois. He’s been a resident of Decatur for over a decade and has been active in the community.

Jenkins, who ran unsuccessfully for mayor against Julie Moore Wolfe 2 years ago, is one of 13 candidates running for 3 council seats in the Feb. 23 Consolidated Primary Election. The top 6 voter getters will move on to the April election where the top 3 voter getters will win the 3 council seats that are up for election this year. Since 7 of the 13 candidates will not make it through the Feb. 23 Primary, it is critical for those wanting to do well in that election to get their message out in as many ways as possible. With so many running, name recognition will play a key part for the six candidates who make it through the Feb. 23 Primary. I’ll have some bits and pieces about the candidates and the election in the weeks ahead.

• WHY? Dan Weber of Mt. Zion, sent me the following email: “I have a question. First, I realize that us ‘old folks’ place different values on history than do the youngsters. But…. Why can’t we all keep ‘history’ un-changed and give ‘new things’ new names??? My question: why is it necessary to take Anna Waters’ name off the ‘Head Start Program’? Her name has worked there for decades and she has earned that recognition and the program also seems to have worked for the same period — let’s leave history alone and if you have something ‘NEW’ then make it new — not destroy something decades old just for your enjoyment. “Call it ‘rebranding’ if you will. Why don’t you ‘new brand’ your project and not destroy Anna Waters’ work or try to take away her identity?”

Interesting question and comment, Dan, and I’m sure a lot of our readers agree with you.

• I JOIN Brian Byers on WSOY’s Byers & Co. every Thursday morning at 7:00 for the City Hall Insider. I always enjoy our weekly visits which started when I was first elected mayor and have continued over the years since I left office.