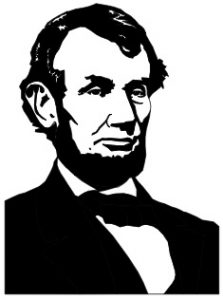 The public is invited to a free, one-hour program on two central Illinois topics at the Macon County History Museum on Sunday, Aug. 7 at 1:30 p.m. Tom Emery, an award-winning historical re-searcher from Carlinville, is the featured speaker, and returns to the museum for his sixth appearance since 2013. Emery will spend part of the hour discussing his ground-breaking 2020 work, Abraham Lincoln and the Heritage of Illinois State University. He will use the rest of the time to talk about Enoch Gastman, a towering figure in the early educational history of Decatur. Emery raves about the Macon County History Museum and its audiences.

“I just love coming there,” he said. “The patrons and crowds are exceptional. It’s one of my favorite venues, and I’ve made a lot of great memories there.”

The first student in the history of Illinois State University, Gastman spent forty-seven years as a teacher and principal in the Decatur school district. Emery will cover many aspects of Gastman’s professional and personal life, and highlight the many challenges Gastman managed to overcome. Throughout his long life, Gastman was a revered figure not only in Decatur, but across the state and nation. A bust of Gastman adorns the Macon County History Museum today, a testament to his legacy.

Reviewers believe Emery’s 288-page work on Lincoln and ISU is a significant contribution to the field of Lincoln studies. The book was lauded as “monumental” by Dr. Wayne Temple of Springfield, who has been called the “greatest living Lincoln scholar.” Lincoln served as attorney to the state Board of Education, which oversaw Illinois State in its earliest days, and wrote the guaranty to secure funding for the university. In doing so, Lincoln ensured that the university would be located in Bloomington-Normal. Many of the early financial backers of Illinois State were Lincoln’s closest allies and friends in Bloomington-Normal.

Lincoln was also close to some of the early ISU faculty as well as several members of the early Boards of Education. In addition, Lincoln delivered his legendary “Lost Speech” at the first Republican State Convention in 1856 at Major’s Hall, the site of the first classes at Illinois State after the university’s founding a year later. The beautiful Illinois State Quad was designed by William Saunders, a foremost landscape architect who is also credited with Oak Ridge Cemetery, where Lincoln rests, and Gettysburg National Cemetery, the site of Lincoln’s Gettysburg Address.

Emery collaborated with Carl Kasten, a 1966 ISU graduate and former chair of the university’s Board of Trustees, who conceived the project. Kasten is expected to be in attendance with Emery at the discussion.

The Macon County History Museum is located at 5580 N. Fork Road, near the Decatur airport. For more information, call 217-422-4919 or email info@mchsdecatur.org.