The reaction to my Jan. 11th “Scrapbook” feature in the Decatur Tribune about famous bandleader Tiny Hill was a sure indication that, even though Tiny passed away over a half century ago in 1971, memories of him remain strong among Tribune readers.

Jack Fleener, my basketball buddy from years ago and the “Fleener” in the “Fleener & Roberts” Garage on North Main Street, called me after reading the Tiny Hill story in the Tribune. Jack told me that Tiny Hill lived in a house on the corner across from the old Swartz Restaurant on 22nd Street and that he mowed Tiny’s yard when Jack was a teenager in high school. Jack also worked at a station on 22nd Street and said that he would pump gas into Tiny’s limousine from time to time. The world’s biggest bandleader, Tiny Hill, must have created a “big” impression on Jack, enough to call me from Indiana, where he now lives in retirement, and share them with me. 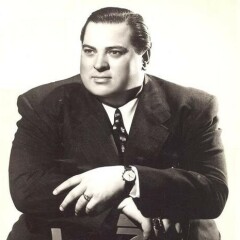 • BOB WALTERS in Clarkston Michigan, also contacted me after reading the Tiny Hill article in the Tribune. Bob wrote: “Thanks for the recent Scrapbook article on Tiny Hill. I never heard his band, but for a time he lived near my family home close to the corner of East Prairie and 22nd Street. What I do recall is once seeing this very big man, dressed in pants and suspenders over an old fashioned undershirt, standing in his front yard. It had to be Tiny although I didn’t realize it at the time. Thanks for the memories.”

A few of our readers even let me know they still have some of Tiny Hill’s records in their home. Tiny Hill and his music live on!

• EARLIER in this column, I mentioned Swartz Restaurant. Of course, the building is long gone, but I have a lot of fond memories of eating at Swartz. Remember the pie boards on the wall listing all of the pies with the light next to each pie listed to show if it was still available? If I could choose ten places that no longer exist to go back in time and visit one more time, believe me, Swartz Restaurant would be on the list.

It was in a booth on the west side, next to the windows on 22nd Street, that I met the previous publisher of this newspaper, who was ready to shut it down after one year of operation, and signed a contract to buy this newspaper over a piece of dutch apple pie. As I’ve mentioned in a few previous columns, about everyone thought I had lost my mind buying a newspaper that was shutting down.

Of course, I was too young to know all the pitfalls of what I was doing — and I couldn’t afford to buy a newspaper that was successful. If I had been older, I would have been wise enough to know that buying the Tribune was a terrible idea, doomed to failure.

If Swartz Restaurant still existed it would be nice to go back to that same booth today and order a piece of dutch apple pie and sigh “Whewwww! What was I thinking when I signed that contract so many years ago?” Fortunately, the thoughts of a young man with a lot of energy, and plenty of dreams, are different than the thoughts of a man made wise by experience.

• GOOD CHOICE — The Decatur City Council made a solid choice in unanimously approving former council person Dana Ray to fill the remaining 2 1/2 months of Bill Faber’s term. (Bill retired from council before his term expired.) As I wrote in the online column last week, she is a great choice and among the best council members I’ve seen during the years I’ve written about council and also served as mayor. She does her homework, asks the right questions, and demands clarity before casting her vote. She apparently has no aspirations about running for council again. As the old saying goes, this was a triple win —“win-win-win” —decision for council, Dana Ray and the citizens of Decatur.

• I KNOW I’m showing my age by admitting my reaction to a news release from the Decatur Park District last week. The headline on the email read: “Puddle of Mudd at the Devon!”. I thought they had misspelled “mud” and there was a water break of some kind at the Devon. After reading further, I realized that “Puddle of Mudd” is an act that is going to appear at the Devon on July 15th. Scheduled to appear with the Puddle of Mudd is special guest “Saliva”. 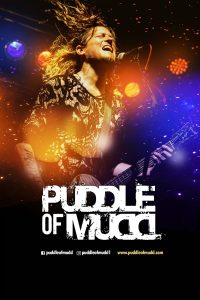 I’m sure both acts are entertaining and have plenty of fans in Central Illinois. According to the group’s bio, they have been around making hits since 2001! No disrespect to this group, or any other, with “unique” names, but I come from a generation where performers were named Ricky, Chuck, Johnny, Pat, Elvis, James, Annette, Peter, Paul and Mary and other “people names”. Of course, it is difficult to book most of those entertainers from my past because they are either dead or too old to perform.

• HONORS — You’ve probably noticed in the print and online editions of the Tribune that, for the past few weeks, we’ve been printing honor rolls and dean’s lists from several schools and universities that have names of students from the Decatur and Central Illinois area. In a world where a few young people who do bad things seem to get all of the media attention,

I find it refreshing and uplifting that so many Decatur area students are excelling and making us all proud of their hard work and achievements. I love printing good news about young people who are already making a difference, and who will continue to make a difference in our society as they move through life. Congratulations and best wishes to each one of them.

• CRICKETS — We are only a few months away from the April 4 Election where the voters will select those they want to fill four seats (including the mayor’s position) on the Decatur City Council and three seats on the Decatur School Board. Frankly, as far as reader interest from this newspaper, about all I’ve heard is crickets in the quiet election landscape. Of course, Mayor Julie Moore Wolfe is running unopposed as the winner in that race has already been determined, so there won’t be any excitement created through mayoral debates. The four candidates seeking election to the three city council seats, include incumbents Lisa Gregory and Dennis Cooper, plus former city councilman Pat McDaniel, who is running following being away from council for only two years — after serving for ten years. Karl Coleman is the fourth candidate. Karl was elected to the county board, so he is somewhat of an incumbent on a board.

So far, there has been next to no interest in the city council race that I’ve detected from the public and reader comments to me as an editor. Maybe that will change in the two months-plus before the April 4th election.

• THE SCHOOL Board candidates are starting to be more active and, as we draw closer to the election, that race will probably draw more attention than the city council race. Eight candidates are running for the three seats up for election on the Decatur School Board. They are Bill Clevenger, Will Wetzel, Jacob Jenkins, Mark Reynolds, Misty Fronk, Hannah Wolfe, Jalynn Walker and Datrice Weathers.

Three of the candidates have already contacted me to discuss their candidacies and there is a sense in the community that the Decatur School District needs to get some stability, and credibility, after going through several board members (who either resigned or decided to run for a second term) and a few superintendents during the past decade or two.

• THE ROLE — I believe, based on personal experience from the years I served as mayor, that major problems arise on school boards and city councils when those elected to those public bodies misunderstand their role once they are seated as a public official. A lack of harmony is often created when officeholders think they have more authority than they actually do and expand their role beyond what it was meant to be under our system of government. That certainly leads to a lack of unity of purpose, staff demoralization and turnover at key positions.

• I JOIN Brian Byers on WSOY’s Byers & Co. every Thursday morning at 7:00 for the City Hall Insider. We’ve discussed the issues impacting Decatur and our area about every Thursday for the past 20 years.