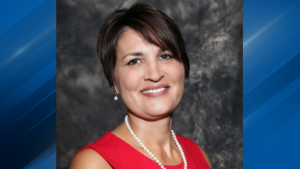 “I am greatly humbled and honored for Leader Curran’s confidence and support,” said Sen. Turner. “I am ready and eager to work alongside Leader Curran as we work to make Illinois a better place for our citizens.” Senator Turner has served in the Illinois Senate since 2021 after replacing former State Senator Bill Brady after his retirement.

“Even in a short amount of time, Senator Sally Turner has become a widely respected and trusted member of the Senate Republican Caucus,” said Leader Curran. “I look forward to working closely with Sen. Turner in her new role as Republican Caucus Whip to expand the voice and ideas of our Caucus.”

Senator Turner, who previously represented the 44th Senate District during the 102nd General Assembly, will continue to serve as the state senator for the District in the 103rd General Assembly. The new 44th District contains all or parts of DeWitt, Livingston, Logan, Macon, Mason, McLean, Piatt, Sangamon, Tazewell, and Woodford counties.