• SPANNAUS CHOSEN — The Decatur school board voted Tuesday evening to approve naming Fred Spannaus to fill the board seat vacated by Regan Lewis.  Spannaus served on the school board from 2013 to 2017 and will finish Lewis’ term which ends in April.

Lewis, who was in his first term on the board and was not running for re-election, resigned because her family is moving outside the county to be closer to her husband’s job making her ineligible to serve on the Decatur board.

• IT’S BEEN A FEW YEARS since I printed a “Scrapbook” feature on Bandleader Tiny Hill, but you can blame Tom Hanks for sending me a reminder of Hill’s impact on the national music scene during the “Big Band” era in our nation’s history, which resulted in this week’s “Scrapbook” in the print and online editions of the Decatur Tribune.. Tom sent me a photo of Tiny Hill’s record of Auld Lang Syne to start the new year and that’s when I went back and dug out the old “Scrapbook” about Tiny. So, blame Tom. 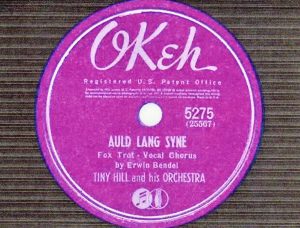 Actually, the Decatur area has been a place where a lot of nationally-known artists got their start but none any “bigger” (literally) than Tiny Hill.

• WE HAD gone to press last week before receiving a copy of Decatur City Councilman Bill Faber’s resignation letter that he sent to City Clerk Kim Althoff. I was a little surprised by the announcement since, after serving nearly eight years, and choosing not to run for a third term, he had only a few months left on his term. Voters elected Faber to the city council in 2015 and re-elected him in 2019. 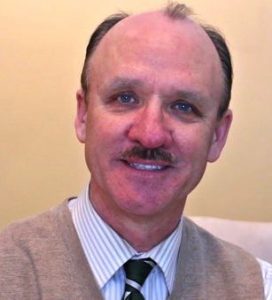 Faber said that the city council’s policy requiring the support of four members to place an item on the council’s agenda, plus his status as a lame-duck made his further service on the council seem pointless. Faber, in his announcement regarding leaving the council stated: “As a representative of the citizens, every council member should have the right to place an item on the agenda for discussion and debate of the people’s business. The council’s requirement of four supporting votes to debate an issue silences all opposition and mis-serves democracy.”

• LAST Thursday during my appearance on WSOY’s Byers & Co. we discussed Faber’s resignation and his statement about not being able to place an item on the agenda for a study session without the support of the majority of council members.

Actually, as I told Brian Byers on his program, the rules for a member of the city council to get a study session item on the agenda, may be too stringent and need to contain some balance to allow more participation by all of the members of council. The reason some restrictive rules were implemented and approved by council years ago was because, several council members were bringing up multiple subjects for study session at nearly every council meeting and placing an enormous burden on staff to handle their regular assignments and then also doing the necessary research for each study session item suggested by a council.

Often a council member would mention something he or she wanted studied on the spur of the moment without much thought. I was mayor when the first rule was implemented to make sure at least one other council member agreed to the study session and the person wanting the study session had to bring it up again at the next meeting in order for it to be put on the agenda. There were times when council meetings, because of all of the study sessions, were going into the late night before finally adjourning — and everyone was too exhausted to pay much attention to what was being discussed.

It wasn’t that anyone was trying to shirk their duty as a councilman by not wanting to meet so many hours to discuss various subjects that weren’t ever going to make the regular agenda, it was that several of the study sessions had subjects that did not impact our community. That’s why the rule was implemented designed to streamline the process and make sure the subject a council member wanted to discuss would benefit the community and stand a good chance to come back for an official vote of the council. (No “official” actions can be taken at a study session, except to determine if a majority of the council members wanted to bring the study session back as a regular agenda item.)

Since that time, the number of council members needed to put a study session item on the agenda has increased so it is really difficult to get an issue from a council member in the minority with most of the council agreeing to it — as in the case of Bill Faber. For eight years, Bill has not been in lock-step with the council and that’s the reason that getting a study session item on the agenda has been nearly impossible. I assume he resigned his position early in order to make that point since, after eight years, there seems to be no other reason he couldn’t finish his eight years.

• I’VE KNOWN Bill Faber for the past 30 years and played basketball with him at the Racquet Club and other friends for many years. We have always been friends and he has always been supportive of this newspaper and has published a paid column in the Trib in two editions each month for many years. Public service on the council has been important to Bill for a long time. He had two unsuccessful runs for council (one during the same year I ran for my first term as mayor) and won a council seat on his third try in 2015 and then was re-elected to a second term four years later. Best wishes to Bill and thanks to him for his service to the community in a tough assignment for four years.

• WHO should be appointed to fill the short time left on Bill Faber’s term? Although there is a process the council follows, the obvious choice is former Councilman Pat McDaniel, who is running to be elected to the council in the Spring. Pat served for 10 years on council before deciding not to run for re-election two years ago. He has stayed active with some of the duties he had as a city councilman in the two years since leaving — so he has never really been far from council business. He was also encouraged to run this time around by Mayor Julie Moore Wolfe who helped in his petition drive. Moore Wolfe would increase her strength on the council if McDaniel was appointed and later won election to the seat.

• THE BIRD!!! I had just ordered something at the microphone/speaker in the drive-through lane at the South Shores Dairy Queen and started to drive forward when it happened!

A bird flew through my driver’s side window and perched on my car’s dash inside my car — and the bird had the same reaction that I probably had on my face, as he looked over at me! I quickly hit the power windows buttons for all of the car’s windows to give birdie several options to escape — and he immediately took advantage of one of the exits after checking out the back seat for a potential nest. Then, it was “bye, bye, birdie” and he hadn’t even placed his order.

• I JOIN Brian Byers on WSOY’s Byers & Co. at 7:00 every Thursday morning for the City Hall Insider. I always enjoy our discussion about issues and people in our community and beyond.