Terry Howley, who was my predecessor as Decatur’s mayor, sent me an email after reading my recent column about threats to the public officials over the years. He wrote: “Read your column last week about (Mayor) Gary Anderson and his ‘incident’. The perp was Owen Balding, who was a weekly visitor to council meetings. He carried a legal folder stuffed with newspaper clippings. (Not sure if they were from the Trib or H&R).

“He would appear at the public comments part of the meeting and I believe was the sole reasons for the 3 minutes max for comments today as he would drone on and on, pulling clipping after clipping from his arsenal to comment on. “At that time, the public comments came at the end of the meeting. I found out later that Gary had been assaulted by Balding after a council meeting when they were the only people in the chamber. “Police presence became a regular feature after this and at times, as you mentioned, there were multiple officers in the room depending on the issue being voted on.

“I recall a letter addressed to me as mayor that I forwarded over to the police chief who then contacted me with the advice to get some protection — as he was unsure how the writer of the letter would act on the threats contained in his note to me.

“As you know, holding public office is not all fun and games. Sometimes it causes one to question their motives in volunteering for the position when your life may be on the line for a job that paid $3000 a year back then.”

• A FEW DAYS before I was sworn in to office as mayor, Terry and I went to lunch at the Downtown Cafe to discuss what I should expect once I took over the office. Later, he left the keys to the mayor’s office on the third floor of the civic center on my desk and a folder with a confidential outline of some unfinished business and a few pieces of advice on dealing with some of the issues and people where there might be a problem. I appreciated the fact that he took the time to bring me “up to speed” on what was then confronting the council. I think those who hold public office can do their successors a favor if they leave some valuable information about where that public body stands at the point they are leaving office and add a few observations about their experiences. 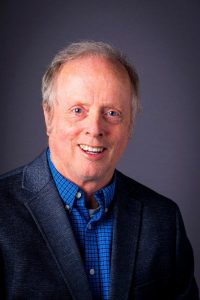 • NOW that Rep. Mary Miller is the Republican choice for Congress in the 15th District (which includes some of Decatur and Macon County) her Democrat opponent, Paul Lange, is heating up his campaign. It’s an almost insurmountable task for Lange, of Quincy. Miller has raised over a million dollars in campaign funds while Lange has raised a little over $10,000. Lange was unopposed in the primary election while Miller beat longtime Repub-lican Congressman Rodney Davis. Miller has the backing of former President Trump, who even came to Illinois to appear with her at an event a few days before the primary election.

\     According to his campaign: “Paul has set out in a true grassroots campaign attending fairs, local meet-and-greets and town square rallies, hoping to gain exposure and engage voters.

“Lange’s main talking points include strengthening Social Security, improving river infrastructure, giving women rights to make their own healthcare decisions and supporting farmers. He has garnered a lot of support with his public backing of farmer’s “Right to Repair” legislation and his promise to protect Social Security.”

Anyone who wants more information about Lange’s grassroots effort can visit www.paullange2215.com.

One interesting, and a little refreshing, aspect of Lange’s campaign, in his news release about his candidacy that I received, he never mentions his opponent by name — just “opponent”. Most of the political advertising of this election year has been about how bad the opponent is and why they don’t deserve your vote.

• NEW RECORD!!! Seven drivers in seven cars (of course)  ignored the red traffic signal just south of the bridge on Route 51 South at the same time one morning last week! The light had been red for at least 10 seconds but it didn’t stop those drivers. I thought it was a funeral procession, but not very many funeral processions are on the street at 5:30 AM. — unless it is for Dracula! Traffic signals are being totally ignored by many people these days.

It’s no surprise that the National Highway Traffic Safety Administration’s early estimate of first-quarter traffic fatalities will be the highest since 2002. An estimated 9,560 people died in motor vehicle traffic crashes in the first quarter of 2022, according to NHTSA’s estimate released Thursday. That number represents an increase of about 7% compared with the same quarter last year, and is the highest number of first-quarter fatalities in 20 years.