As I’m writing this week’s column, the Decatur School Board has not made a decision on building a new school in Lincoln Park.

Last week, it was the neighborhood raising its voice in opposition to using Lincoln Park as the site for a new school. The neighborhood voices are still strong, and growing in number, and others are joining the opposition.

On page 3 of the print and online editions of the Decatur Tribune, there is a “letter to the editor” by Judy Parrish, Chair of the Macon County Community Environmental Council, which states, in part: “The Macon County Community Environ-mental Council would like to express opposition to the plan for construction of a new elementary school in Lincoln Park. We believe the park is a poor choice for several reasons, and are appalled at the belated notification and lack of transparency of the plans.”

The letter goes on to state the reasons the council’s belief that Lincoln Park is a poor choice for a new school building. Other voices in the community are joining those in opposition to the park being selected as a new school site. This opposition effort is a strong one. The school board met last night and many speakers for the opposition addressed the board during the public comment portion of the meeting. Those speaking were from the Lincoln Park neighborhood and other locations across the community.

There is no doubt that the school board was put into a defensive position by the lack of transparency on the potential location of a new school and their are plenty of voices expressing displeasure with the way the board has handled the “building a new school” issue. 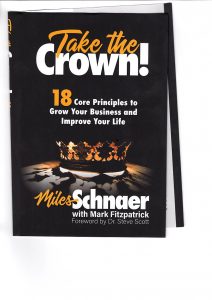 • THANKS to longtime friend Miles Schnaer for sending me a copy of his new book “Take The Crown!” — “18 Core Principles to Grow Your Business and Im-prove Your Life”. It is a fascinating and interesting book based on his experiences and vision on business and life.

I appreciate the kind words he wrote inside the cover of the book he sent to me: “Paul. 1979 doesn’t seem that long ago when I first arrived in Decatur to buy Miles Chevrolet. Our relations with the Tribune started about then and I still get the newspaper here in Kansas City. You have always supported me and my organization no matter what we did. Enjoy the book!. Always my best. Miles.”

Miles was an advertiser and supporter of this newspaper and, I’ll never forget that, when I pitched to him the idea of producing the “Newsline” television program that I would write and appear on nightly for ten years, he not only thought it was a good idea, but he pledged two Miles Chevrolet commercials on each nightly program and stayed with that commitment all of the years that it was on the air.

Obviously, I’m much older now, but as I look back over the years, the support of Miles for the Trib and Newsline remains so much appreciated. Beyond that, I also appreciate Miles as a person in all of the contact I have with him.

Bill Self, University of Kansas Head Basketball Coach said of Miles: “Miles Schnaer’s formula for success in his business and personal life is something we can all learn from.”

Self’s comments are so true. Miles is a self-made man who came from a modest background to achieve so much — professionally and personally.

When Miles lived in Decatur, he contributed so much in community service and his presence is still felt here. It was nice to receive a phone call from Miles recently and we talked about the book, the passing of my longtime sports editor J. Thomas McNamara, and much more. Proud to call Miles Schnaer my friend — and a friend of this newspaper. I rarely drive by Miles Chevrolet on Pershing Road without thinking of Miles and his years in Decatur. 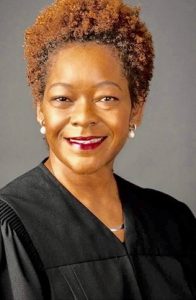 • SO PLEASED — I’ve written before in this column about how pleased I am that Lisa Holder White was appointed a justice of the Illinois Supreme Court. She is the first black woman to be appointed to the state’s high court. Last Thursday she was sworn into the position at a ceremony in Springfield. Retired Judge AG Webber sent me an email the day after her swearing in ceremony, with a reminder that Justice White “is the first African American woman to join the Court, but that is only one of her many distinctions. Since its first term in July 1819, 121 persons have served on the Illinois Supreme Court, including Justice White. But in its 203 year history, Justice White is the first ever justice to have served as a Macon County lawyer and jurist. It’s certainly long overdue.”

Besides all of that, she is one of the nicest people I’ve ever met. I will miss seeing and talking with her in our office building.

• NASTY — With the General Election almost four months away, personal attacks about area candidates are being sent to me under phony names with the expectation that I will print them. I will not print them. Anyone who submits a letter or comment to the editor about why he or she is going to vote for a candidate, or why he or she won’t vote for a candidate, will see the letter in print. We have way too much hate in the world today and we are seeing it manifest itself in a variety of violent ways. If you can’t write a letter to the editor without repeatedly using the F-word your credibility is not good. I would also encourage those who spend their time trying to destroy the character of other people, to get some professional help.

• I DON’T hear a lot about the spread of COVID-19 these days — not like I heard and read a year ago. Even the “wear a mask” signs at the downtown post office entrance are gone so I guess most people and organizations, including the USPS, believe that COVID-19 is no longer much of a danger. However, COVID-19 cases continue to increase as per DRUDGE info. As we are going to press this week, the statistical 7-day average COVID-19 cases and deaths compared to last year are shocking. Covid Cases USA

Covid cases in the USA are 6 times what they were during the same period last year, and that doesn’t even count all of the home Covid testing kits where results are never reported. Also, there’s over a 50% increase in the number of daily Covid deaths over last year’s numbers. Essentially, COVID-19 is worse today in its impact than it was a year ago, yet there’s hardly a peep about it from any politician. I guess warning people about something they are tired of hearing about is not a good campaign strategy during an election year.

Be careful. Our county was one of those counties moved to a high warning level a few weeks ago. Last week we had nearly 369 newly-confirmed cases, 11 hospitalizations and 1 death from COVID-19 in Macon County. That number seems to be growing each week.

• APOLOGIES to those who have sent messages to me on our Facebook page. Something is broken on the page. I can read your messages but I cannot respond to them for some reason. My experience on Facebook has not been a good one over the years. I guess old photos of Decatur and associated positive comments about our history are too “radical” for Facebook. (smile) If you need to send me a message try sending it to decaturtribune@aol.com

• I JOIN Brian Byers on WSOY’s Byers & Co. every Thursday morning at 7:00 for the City Hall Insider. I always enjoy our conversations about the issues confronting our community. I’ve been appearing on his program for nearly 20 years! The time passes too quickly these days.