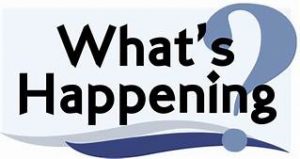 THE SEED – Companion Podcast to Upcoming Documentary on the Life of A. E. Staley

Spencer Films and the Staley Museum explore the history of A. E. Staley and the A. E. Staley Manufacturing Company in Decatur, IL through their new podcast, “The Seed.” The podcast provides background and insight into the documentary “Fields of Gold,” produced by Spencer Films in partnership with the Decatur Herald & Review. The film, with Emmy Award-winning narrator Peter Coyote, looks at the life of A. E. Staley as he traveled the country to build his agribusiness empire, and how one seed he planted as a young boy in North Carolina grew into the legacy that remains today.

In discussing the podcast and upcoming documentary, Julie Staley states, “The film and companion podcast are more than just the history of A. E. Staley. It is the history of the people who helped build the company, the history of Decatur, of Illinois, and America. In ‘The Seed” we discuss the documentary, the Staley Museum, the Decatur Staleys football team which became the Chicago Bears, and the history that surrounds it all through this look back in time.”

Laura Jahr adds, “In working with the Spencer Films research team, we have uncovered many stories that, due to time constraints, cannot be included in the documentary. We are able to share these discovered treasures during the podcast and in future Staley Museum exhibits.”

“The Seed” is broadcast the first and third Tuesday of each month, via video on YouTube and audio on Apple Podcasts, Google Podcasts, and Spotify. Direct links are included on the Spencer Films website at www.spencerfilmsllc.com/the-seed-podcast/.

For more information on Spencer Films visit www.spencerfilmsllc.com and Staley Museum at www.staleymuseum.com.