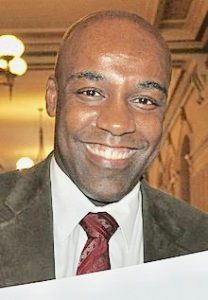 Raoul, Bipartisan Coalition Concerned for Safety and Well-Being of Children

Attorney General Kwame Raoul today joined a bipartisan nationwide investigation into TikTok for providing and promoting its social media platform to children and young adults despite its use being associated with physical and mental health harms. Raoul and attorneys general around the country are examining whether the company engaged in conduct in violation of state consumer protection laws that put the public at risk.

“Heavy social media usage has negative impacts on users’ mental health, for instance leading to low self-esteem and distorted body image. Those effects are amplified in those users who are children and teens,” Raoul said. “This investigation seeks to determine what methods TikTok is using to increase the time users spend on the platform, and how that increased time harms young users’ physical and mental health.”

The investigation is part of Attorney General Raoul’s ongoing efforts to protect children online and address the negative impacts social media platforms have on young Illinois residents. In May 2021, as part of a bipartisan coalition of 44 attorneys general, Raoul urged Facebook to abandon its plans to launch a version of Instagram for children under 13. In November 2021, Raoul and attorneys general from across the country announced their investigation into Meta Platforms, Inc., formerly known as Facebook, for providing and promoting its social media platform Instagram to kids.