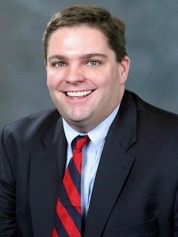 State Senator Chapin Rose (R-Mahomet) released the following statement after Governor JB Pritzker signed Senate Bill 2338, the “Student-Athlete Endorsement Act”: “I have long been a fervent supporter of the idea that student athletes, like any workers, are entitled to the fruits of their labor and should be able to earn money based on their own hard work and success. I have filed my own legislation in recent years to take this important step, and I am proud to be a co-sponsor of the effort signed today.

“The NCAA and others who have profited off of the work and toil of so many for so long should be ashamed. Particularly the NCAA, who to this day pays no tax on all the money it makes due to its dubious distinction as a ‘charitable organization’ – a charity that has profited billions over the years off of the work of the men and women of college athletics. I hope this will create a brighter future for our athletes and college athletics as a whole. Additionally, I think that it is time that the NCAA’s seriously suspect ‘charitable mission’ is put under the microscope and they start paying taxes like their fans do!”