• THERE is a Specimen Ballot on page 15 of this week’s print edition of the Tribune and, if you look closely at the choices voters have either already made, or will make, as we move closer to Election Day, Nov. 3, there isn’t a lot of contested offices impacting on those of us who live in Macon County.

In fact, the candidates for four major county offices have no opposition so I am 100% positive than I can safely project that Republican Sherry A. Doty will be elected Circuit Clerk, Democrat Mary A. (Tangney) Eaton will be re-elected Recorder, Republican Michael Day will remain the Coroner and Democrat Carol A. Reed will remain in the County Auditor’s office. An early congratulations to all.

• Republican State Rep. Dan Caulkins, of Decatur, who served on the city council for a few of the years when I was mayor, is running for his second term in the 101st District. Caulkins won his first term after running against some stiff competition and spending a lot of money in advertising to win the office. This time it is not very expensive and he will win because there is no candidate running against him.

• Democrat State Rep. Sue Scherer, of Decatur, faces some opposition in her bid to be re-elected to the 96th District position. Republican Charles McGorray of Decatur is a strong opponent and is running at a time when there are several issues floating around that attract negative publicity for the Democrat Party, such as Speaker of the House Michael Madigan’s alleged bribery scandal and some of the decisions of Democrat Governor J. B. Pritzker that are being second guessed — such as shutting down or restricting regions because of COVID-19. Being an incumbent Scherer has an advantage, but McGorray is raising questions about what’s happening in Springfield at a time when what’s happening in the state capitol is being called into question by many voters. Because of COVID-19 and so many events being cancelled, including parades and traditional face-to-face meetings, all candidates face a tougher time in meeting the voters and getting their message out. Both Scherer and McGorray have been using quite-a-bit of advertising to get their messages out.

• WHILE I am on the subject of advertising and “getting the message” out, the race in the 13th Congressional District, which includes Decatur, between Republican Incumbent Rodney Davis and Democrat Challenger Betsy Dirksen Londrigan, is resulting in so much negative advertising that, if you believed everything that is said about each candidate, neither one should win. Apparently, negative advertising works, especially at the state and national level, but I have a greater respect for both candidates than to judge their qualifications on the basis of what sewage some advertising agencies can throw on the radio or television screen. I’ve known and liked, and had one-on-one conversations with Davis, since the first time he ran for the office he now holds and he certainly keeps in touch with me and the Decatur area. Since negative advertising has been deemed as the way to go to get votes, it says a lot more about what appeals to the voters than the character of either candidate. Campaigns these days are designed to get us to vote AGAINST a candidate, instead of voting FOR a candidate!

• THE MACON County Board has some contested races. District #3 is attracting a lot of attention via advertising and “Letters to the Editor”. Three candidates — Republican Ryan Kreke and Democrats Bryan E. Smith and Marcy A. Rood are running for the two seats that are up for election. District #5 has three candidates running for the two seats. Republican Debra J. Kraft and Democrats Jeffrey L. Entler and Jennifer McMillin. In District #7, Republican Kevin Greenfield is unopposed. Greenfield is currently chairman of the Macon County Board. There are a few other contested races, but Districts #3 and #5 are attracting the most attention.

• DEMOCRAT Richard Durbin has several challengers attempting to unseat him from his U. S. Senate seat, but Durbin, as always, should be re-elected. Durbin was first elected to the office in 1996. He will be 76 years old next month and shows no sign of slowing down.

• THERE IS also a Yes or No vote on the Proposed Amendment to the 1970 Illinois Constitution to give the state the authority to impose higher income tax rates on higher income levels. There is an explanation of what you will be voting for on the ballot itself. It’s been very controversial with the “Fair Tax” being viewed by the pro forces as a chance to get the rich to pay a higher tax rate. Those who are asking voters to choose “no” as their answer argue that giving the state that kind of authority will not be a positive move for taxpayers in the long run. As I mentioned on Byers & Co. last week, trusting our state government to actually keep its promises on taxation issues is somewhat foolish since Illinois government has a history of not keeping its word. I would be more accepting of the amendment if I would see a record of cost saving measures and reduced state spending.

For me, the bottom line is not what the pro and con sides argue, it is about state government cleaning up its reckless, wasteful spending before giving them the authority to tax anyone more than they are presently paying.

• OF COURSE, the big vote of interest is for President of the United States and, after all of the elections I’ve written about over the decades I’ve been editor and publisher of this newspaper, this has not only been the strangest Presidential campaign I’ve ever witnessed, but it has been waged during a pandemic. As I’m writing this, about three weeks are left until General Election Day on Nov. 3rd. When it comes to the Presidential Campaign of 2020, considering all that happens during one day, three weeks is still a long time — and it may be even longer before we know positively who won the election. Happy voting everyone — and stay safe and sane in the process!

• ONE OF the frustrating parts of this campaign is not being able to sit down in our conference room and talk one-on-one with local and area candidates because of COVID-19 restrictions. I’ve always learned a lot more about the candidates in being able to discuss freely the issues and how they talk and act when only the two of us are together. I really miss that this year.

• THE JOINT Crisis Communication daily updates have been showing more and more local people becoming infected with COVID-19 and that’s alarming — especially as all the pleas about wearing a mask, social distancing and washing hands seem to fall on deaf ears of many who should know better. Also, many of those I see wearing a mask have it below their nose and some below both their nose and mouth, resting on their chin. Actually, they might as well not wear a mask at all because it is not protecting them, or anyone else, when it is worn in that way.

• I’M NOT sure, as I’m writing this column about what weather this week will bring to Decatur and Central Illinois, but I do know that last week was as near perfect an early autumn day as we’ve seen in a long time. (Thankfully, the virus doesn’t infect our trees.). The leaves really started changing late last week and there are a few on North Water St. and in the west end that are gorgeous. They just make you feel better to look at them. I don’t know how much longer the Central Park fountain will operate. (Usually when leaves start falling or blowing into the fountain and clogging up its system, it is turned off for the winter.) It was so nice to see it still operating last week under warm autumn skies and sunny days.

• I’M STILL doing the City Hall Insider portion of WSOY’s Byers & Co. every Thursday morning at 7:00 via phone. Although it is not the same as being there in the studio in person, it is a reasonable, safe substitute and I always enjoy discussing the issues affecting our community with Brian — as we’ve done on Thursday mornings for nearly 20 years.

• THANKS so much for all of your support during this rough stretch in publishing the Decatur Tribune because of COVID-19. Your encouraging comments and devotion to this newspaper mean a lot to us. 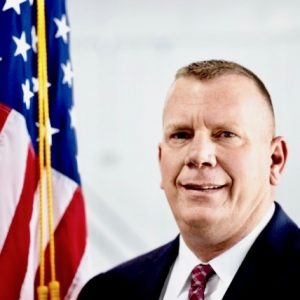