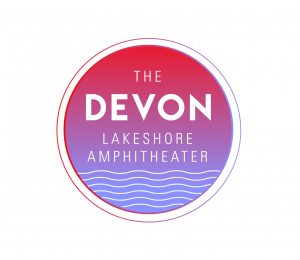 The Devon Lakeshore Amphitheater in Decatur, Illinois, is proud to announce the first headliner act of the 2020 season with THREE DOG NIGHT on Friday, June 5. Tickets go on sale Friday, February 7th at 10:00 A.M. at devonamphitheater.com, (217) 422-5911 or in person at 620 E Riverside Ave. An opening act will be announced at a later date.

Legendary American band, THREE DOG NIGHT is celebrating 5 decades together, performing to sell-out crowds and boasting some of the most astonishing chart statistics in popular music with 21 consecutive Top 40 hits, including 3 #1 singles, 11 Top 10’s, and 12 straight RIAA Certified Gold LPs.

Perfectly re-creating their larger than life songs with customary impeccable harmonies and original studio arrangements, THREE DOG NIGHT will perform their hits including “Mama Told Me (Not To Come)”, “Joy to The World”, “Black and White”, “Shambala”, “One”, “Liar”, “Celebrate” and many more songs that drive their chart and sales success.

Created in 1968 by Danny Hutton, THREE DOG NIGHT recorded the music of the best (and mostly undiscovered) new songwriters of their time including Harry Nilsson, Randy Newman, Elton John, Laura Nyro, Paul Williams and Hoyt Axton among many others. The group’s eclectic taste, combined with their ability to recognize and record hits in a unique, distinctive and appealing style, resulted in THREE DOG NIGHT dominating the charts for years.

Now, marking nearly 50 years on the road, THREE DOG NIGHT continues to grow its fan base by keeping up a full schedule of more than 100 concerts a year at theatres, performing arts centers, fairs, festivals, corporate events, and casinos. Since 1986, the band has performed over 2,500 shows including two Super Bowls.

The Devon G. Buffett Amphitheater is operated by the Decatur Park District and sits along the shores of Lake Decatur as part of Lakeshore Lading in Historic Nelson Park located in Decatur, Illinois. It is a destination for live, outdoor entertainment during the summer months. With a capacity of 4,000, the venue offers a wide range of entertainment including music of many genres, comedians and community movie nights.