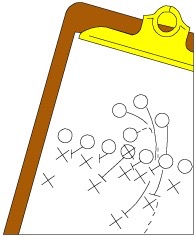 DeKalb—Lena-Winslow defeated Central A&M, 58-20, Friday morning for the Class 1A state championship.
Lena-Winslow jumped out to an early 14-0 lead and never looked back.
Raiders head coach Brent Weakly and fans would like to have the Jacob Paradee kickoff touchdown allowed that would have cut their deficit to one touchdown, but it was called back for a blocking in the back penalty.
L-W scored again to regain momentum.
I will have more on this game in a future print edition of the Decatur Tribune.

MAC ON SPORTS: THE LADY MacARTHUR GENERALS ARE CHASING HISTORY