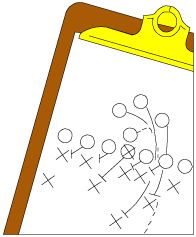 Athletic Director Josh Whitman released a strong statement Sunday morning (today) explaining why he is extending Lovie Smith’s contract two years through 2023. Here’s part of his statement the university’s sports information released.
“Despite these facts, a growing narrative around our program is that Illinois Football has failed to progress and that head coach Lovie Smith is in jeopardy of losing his job. If I allowed that narrative to continue unchecked, we would risk damaging the foundation we have worked so hard to construct over these last years. “Thus, today we put it to rest and get back to the business of building for the bright future of Illinois Football.
“We are not firing Lovie Smith. In fact, with the blessing of Chancellor Jones and pending Board of Trustees approval, we plan to extend his contract. Let me explain why.
“Most importantly, having now spent three years developing a relationship with Coach Smith and watching his plan for our program take root and grow, I believe more today in him and our direction than at any point in our past. Lovie Smith is an exceptional football coach. He leads with great integrity, and he prepares our student-athletes to leave our program as men of purpose and impact. Every day, I have the pleasure of seeing his competitive fire, his work ethic, and his football expertise on full display, and I have great confidence that we are moving our program in the right direction.
“In addition, this is a critical offseason for the football program, revolving around the retention and recruitment of players and coaches. Stability and programmatic support – not uncertainty and wavering leadership – are critical to making Illinois their destination of choice.
“First, our young roster must age and gain the benefit of experience, maturity, and stability. We return a large core of gifted, game-tested players. We need them to stay together and continue the work they have begun, of building Illinois into a winning program.
“Second, we need to complete another strong recruiting class, filled with talented, driven players who share in our vision for the coming greatness of Fighting Illini Football. Our concern is not with rankings but with building a capable roster motivated to maximize their potential and compete at the highest level.
“Third, we need to retain our current coaching staff. I have gotten to know these men well, and they are exceptional leaders and sound football coaches. Each year their phones ring as the coaching carousel begins to spin, and it is important that we provide them with assurance about their respective futures with the Orange and Blue.
“And finally, with a handful of vacancies on the staff, we need to identify new coaches to add to our Illini family, men with experience and expertise who will provide additional spark to our program.
“In the high stakes game of major college football, there is no room for equivocation. A hint of weakness in the athletic director or vulnerability in the head coach leaves the program wounded and unsteady. Indecisiveness fuels the negative narrative. And that negative narrative, as it grows in power, can create instability and push needed game changers – players and staff – away from our program and toward our competitors.
“We cannot allow such a narrative to develop. We must be “all in” on this rebuild of Illinois Football.
Stability is the unsung hero of successful programs, and we are committed to giving Coach Smith and his staff necessary time to build this program. Indeed, lack of stability is one of the biggest culprits for our current challenges, and a fifth coaching change in 14 years is not the answer. It would be unrealistic and unfair to give Coach Smith only three seasons and two recruiting classes to tackle the challenges he inherited – including turmoil in the coaching ranks, resultant limitations on the recruiting trail, lack of recent success, and facilities that were decades past their prime.
“As such, we are finalizing terms to extend Coach Smith’s contract by two years, through the end of the 2023 football season. By doing so, we intend to send a strong message to current and prospective players and coaches that Illinois has a bold vision, needed stability, and a commitment from the highest reaches of the university to build a winning program.
“Just as we need to recruit and retain great players and coaches, we also need you. I recognize that not everyone will agree with this decision. As any athletic director will tell you, criticism comes with the territory. But my challenge to you is simple: do what you can to help our football program become successful. These student-athletes and these coaches deserve your full support. They are working tirelessly to represent you and our university with pride and distinction.
“To move the program forward, we need you in the stands. We need you in the tailgating lots. We need you to remain active in the I FUND. We need you wearing your orange and blue and supporting your program. To make our vision our new reality, we must act like the program we aspire to be.
“I ask for your continued support of Coach Smith, his staff, and our Illinois football players. With our resolve and your loyal support, we can work together to make 2019 the turning point for Illinois Football,” concluded Whitman’s letter asking for donors and fans to support the Department of Intercollegiate Athletics and the football program, specifically.”